110 years ago, between 22 August and mid-September 1910, Corinthian-Casuals Football Club made its first tour of Brazil, and on 1 September 1910, Sport Club Corinthians Paulista, now one of Brazil’s most famous and successful football clubs, was born based on an admiration of some Paulistas for the elegant play of the Corinthians.

It was on 24 August 1910 that Corinthian Casuals played its first game against Fluminense in Rio, winning 10-1. The next game was against a Rio XI and saw Corinthians score eight to their opponents’ one. The next day there was a cricket match, played against the English Cricket Club, which ended in a draw. The final football match in Rio on 28 August was against a Brazilian National team and saw the game end in a 5-2 win for Corinthians.

The team then moved on to São Paulo at the invitation of former Corinthian Charles Miller, the man credited with introducing football to Brazil, and won all three games. Beating Associacão Atlética das Palmeiras (no relation to the current Palmeiras) 2-0 on 31 August; Paulistano 5-0 on 2 September; and São Paulo AC 8-2 on 4 September. Miller scoring one of the SPAC goals.

Corinthians returned to Brazil in 1913 and 1914. Upon arrival in 1913, Corinthians played Rio de Janeiro in their first match, losing 1-2, their only defeat on the tour. They won 4-0 against the Estrangeiros, the final game in Rio seeing Corinthians beat the Brasilieros 2-1. In Sao Paulo, Corinthians won two games against MacKenzie College and Club Athletico Paulistano before being held by Associação Atlética das Palmeiras. The crowds on this tour were all between 6,000 and 10,000 which highlighted what popular visitors they were.

The 1914 tour sadly resulted in no matches being played due to the outbreak of the First World War, which meant the players returned to Britain almost as soon as they arrived.

Learn more about the Corinthian-Casuals, that are based in Surrey, at: www.corinthian-casuals.com 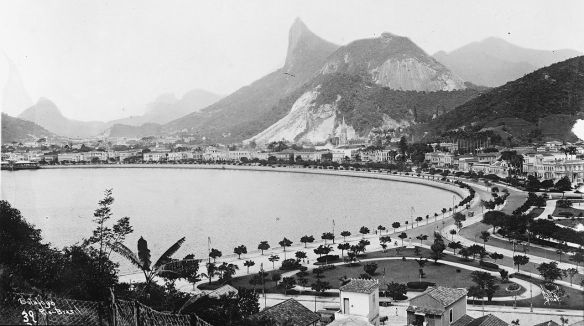