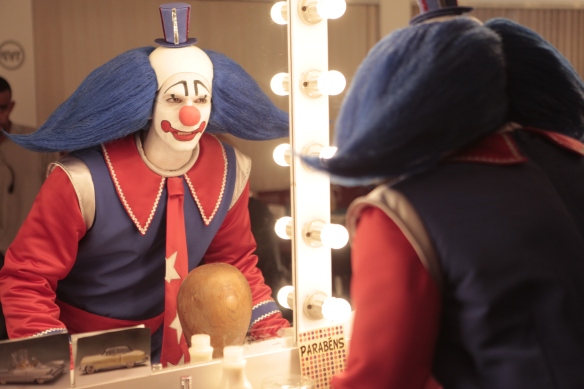 Brazilian director Daniel Rezende is visiting the UK to promote the release of his first feature, Bingo: The King of the Mornings, a hit in Brazil that is to be released of 15 December in the UK. The film has been submitted by Brazil for both the Academy Awards and the BAFTAS.

Although the film is Rezende’s first feature, the director already has an impressive CV which includes his Academy Award nominated and BAFTA winning editing work on the Brazilian cult classic, City of God (2002), as well as his work on Terrence Malick’s Tree of Life (2011), Robocop (2014), Blindness  (2008) and The Motorcycle Diaries  (2004).

Bingo tells the true story of Augusto (Vladimir Brichta), an irreverent Brazilian actor who was searching for his place in the spotlight. Augusto was an actor hungry for a place in the spotlight, following in the footsteps of his mother, a respected stage artist in the 1950’s. While starring in soft porn and TV soap operas, Augusto finally got the chance to conquer the crowds when he was cast as “BINGO”, a clown who hosted a children’s colourful morning TV programme. With his irreverent humour and natural talent, the show became a huge hit in Brazil, but a clause in his contract forbade him from revealing his true identity behind the mask. A Brazilian Stig!

In the process of finding stardom Augusto became an anonymous celebrity. With his makeup on, he brought happiness to children across Brazil, but not to his own son, Gabriel, that saw his father distancing himself from him as he went in search of recognition.

Filled with irony and humour and an exaggerated pop look from the backstage universe of the Brazilian 80’s television, Bingo: The King of the Mornings tells the incredible and surreal story of a man that whilst looking for his artistic value, ends up finding his personal decay. 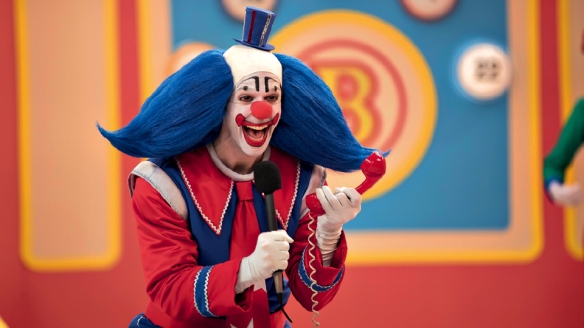 “It is not easy to define Bingo by picking out only one matter,” explains Rezende. “Essentially it is about a personal search for recognition, about a man’s quest to find his place in the spotlight that ends up hidden behind a mask. There’s something very contemporary in this topic, we all want to be recognised by our parents, by our children, by our friends. But it is also a film about the relationship between father and son. The protagonist is in such a crazy hunt to be recognised as an artist that he ends up distancing himself from his son. He is on TV, making a lot of children laugh every day, but not his own.”