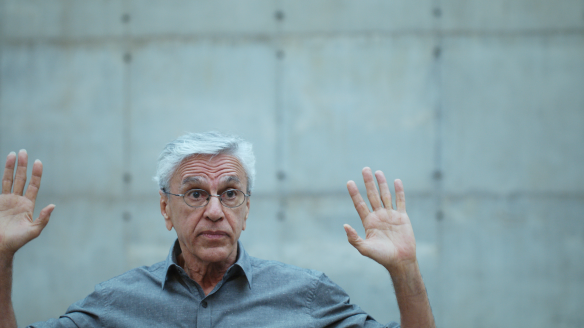 The documentary “Narciso em Férias” (“Narcissus off Duty”) will premiere out of competition on 7 September during the 77th Venice Film Festival. The documentary looks at the great Brazilian sing songwriter, Caetano Veloso’s experience during the military coup in Brazil in 1968 which resulted in him being imprisoned for 54 days.

“Narcissus Off Duty,” paints an intimate portrait of Caetano’s incarceration as he recalls painful memories and performs songs that marked his imprisonment. He also presents new information about why he was detained, exposing the regime’s view of him and shedding light on the arbitrary brutality of the time.

On 13 December 1968, the Brazilian military dictatorship passed Institutional Act Number Five (AI-5), and it marked the beginning of the regime’s most repressive and violent phase. Two weeks later Caetano was arrested. He was taken from his home in São Paulo to Rio de Janeiro, where he was shut in solitary confinement for one week and ultimately imprisoned for 54 days. It was the most difficult experience of his life.

Written and directed by Renato Terra (“A Night in 67”) and Ricardo Calil (“Cine Marrocos”), “Narcissus Off Duty,” is produced by Uns Produções (Paula Lavigne) and co-produced by Walter Salles and João Moreira Salles’s VideoFilmes.