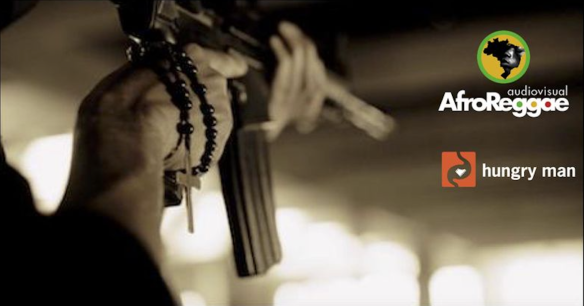 One of the most highly anticipated Brazilian films of 2019, Vicente Amorim’s The Division (A Divisão), that was introduced to international buyers during the 2019 Berlin Film Festival, is set across Rio de Janeiro.

Based and inspired by disturbing and shocking events that took place during the 1990s in Rio de Janeiro, The Division (A Divisão) is a dark, modern, violent, action-crime-thriller from the acclaimed Brazilian filmmaker, Vicente Amorim, and producer José Junior, Rio’s leading expert on urban violence and head of the NGO (and now production company) AfroReggae Audiovisual. The Division will receive a wide mid-2019 theatrical release in Brazil through Downtown Filmes and Paris Filmes, the companies behind the largest and most successful box-office releases in Brazil in recent years, and is being handled internationally by WTFilms that has introduced the film to the international buyers and distributors at the EFM during the Berlin Film Festival.

“The film is really about redemption, their redemption,” says Amorim, “ and what it is that sets our protagonists apart from the people around them. Although set in the 1990s, The Division is the genesis of what we are living through in Brazil today, with a President who defined his election campaign around violence. It is this need to move forward ­– regardless of the consequences and without measuring the risks – that represents a portrait of modern Brazil. The film reveals the inside of a machine that may start turning again at any moment.”

In the late 1990s, kidnapping became the crime of choice in Rio de Janeiro, with ten or more high profile cases each month. The population, at least those with money, were scared, and the authorities appeared paralysed as large ransoms were paid and some of the kidnapped were held for months or never returned. As corrupt police and officials looked the other way, justice was neither done or seen to be done, as the machine, and those linked to it, were funded by the money being generated from the kidnappings.

To stop the rot, and as a last resort, two police officers – one an incorruptible killing machine with over 100 kills to his name (played by Silvio Guindane); the other a dirty cop known for extorting money from the criminals (Erom Cordeiro) – were brought together and put in charge of Rio’s Anti-Kidnapping Division by the city’s Secretary for Public Safety & Security, a hard line general from the days of the military dictatorship, and his head of police, a socialist lawyer. The Division is their story and how by using very good intelligence and some questionable methods to solve the kidnappings, the two policemen come close to victory as the ends do seem to justify their means. But can too much intelligence be a dangerous thing? The film is based on the real events and the real people.

Amorim’s previous films have screened at, among others, the Toronto, Rotterdam, Karlovy Vary, Montreal, San Sebastian and Rio de Janeiro film festivals. They include the thriller Motorrad, selected for Toronto in 2017; the Brazil-Japanese co-production Dirty Hearts (Corações Sujos); the ethical thriller Good, with Academy Award nominee Viggo Mortensen, a film considered one of the ten best movies of 2008 by The Hollywood Reporter and Rex Reed (The New York Observer); and The Middle of the World (O Caminho das Nuvens) with Wagner Moura; as well as five successful television series.

Despite his work with Brazilian TV, Amorim has deliberately chosen not to cast well-known Brazilian television actors in The Division, as he wants the characters to be credible and real.

Working with the screenwriting team, and as a consultant on the film, is José Luiz Magalhães, a Rio police officer for over 30 years who led the actual team that ended the kidnapping wave in Rio de Janeiro. In The Division, his first work as a screenwriter, he tells his own story, and helps add essential context and the truth of what happened and who was involved.

“He is a brave man,” says Amorim. “As are all the people involved in this project. We have had to change names to keep people alive.”

Amorim was also helped on The Division by José Junior, Creative Director and CEO of AfroReggae Audiovisual (the film’s production company), who has created and produced several television series for channels in Brazil such as Multishow and GNT, including Urban Connections (Conexões Urbanas). He was also the producer of the multi-award winning documentary Favela Rising. The Division is AfroReggae Audiovisual’s first feature, and in Brazil it will also be expanded into a multi-part TV series for Globosat

“José gave us the access to people and places, and opened doors to locations where the real action took place,” adds Amorim. “He also made sure that the weaponry and other details used in the film are correct.”

Junior has mediated in a number of armed conflicts in Rio in a search for peace, and he is considered a pioneer for his work in helping free people in the favelas from a life of drugs and trafficking while helping to re-socialize them. His extraordinarily brave work at AfroReggae has been recognised internationally.

The film reunites Amorim and WTFilms, the Paris based sales company successfully sold the director’s Motorrad.  “Vicente’s style is immediately recognizable. He has a strong visual signature and the grittiness that buyers expect on Brazilian genre and action films,” explain WTFilms executives Dimitri Stephanides and Gregory Chambet.

Other partners in The Division include the co-producers Hungry Man, an international production company with offices in Los Angeles, New York, London, São Paulo and Rio de Janeiro, and one of the world’s top production companies for commercials. Its short film Asad, was nominated for an Academy Award in 2013, and the company was nominated for an International Emmy this year for its five-part Words In Series (Palavras Em Série).